This post is based on my Podcamp Halifax talk on January 18th, 2015. 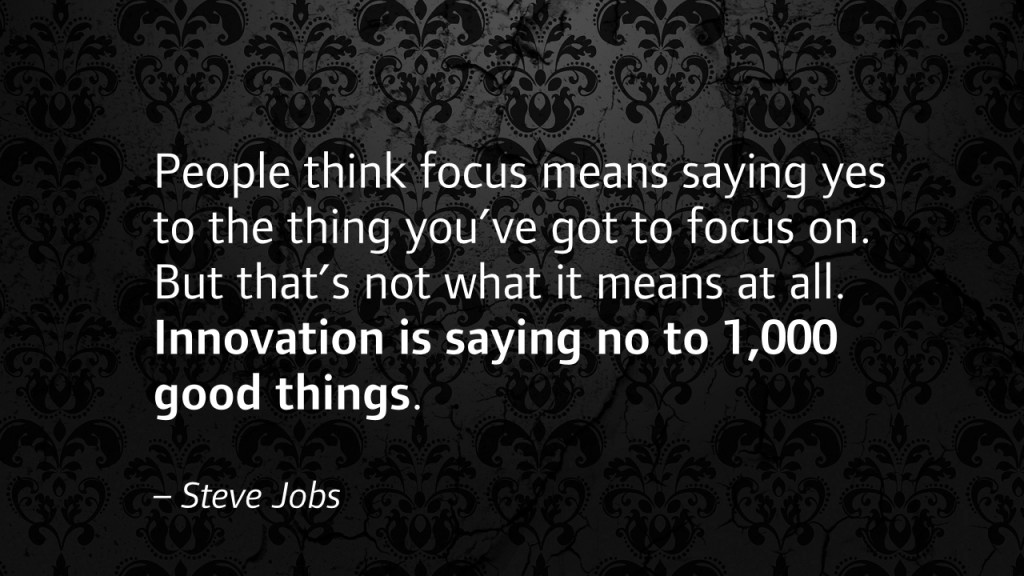 There are a lot of reasons to start and run a business. It could be a move made out of necessity, something you’ve always wanted to do (otherwise known as The Freedom Play to your friends who all think you must have so much free time now), or simply another revenue stream built on the back of existing business(es) – the serial entrepreneur play.

But, if you truly want to succeed at growing a business that’s profitable year after year, something that grows not only your own future, but that of your team, their families and the community at large, you have to get good at knowing exactly who you should be selling to. More importantly, you have to start saying no to the people who aren’t the right audience, even if they have money to spend with you.

If you find these sorts of decisions too hard and you don’t want to say no to anything, you can always come work for us. Kula’s hiring designers, inbound copywriters, developers and inbound producers. Then you can practice saying no to me. ‘No, there’s no way I’m going to have that mockup done by 5, are you insane?’

When should you say no?

But, there’s an even more important reason as to why we should say no:

When the project or client does not fit with our business objectives, you owe it to yourself and everyone who works with you to say no.

However, there’s a reason that we often disobey these rules of saying no: fear. We’re scared to say no, because we think if we say no, no one else will ask us to do work for them. So we take the shitty job with the deadline that’s too tight and the cut hourly rate to fill the void until until the next ridiculous job comes along.

Stop it. You have to say no. For the good of your business.

There are essentially two paths to profitability

There are two ways to make money in a business: you can work yourself and your team to the bone, sell like mad, accept every project you can get your hands on, because hey if you don’t take this job, there may not be another one. This kind of business has a lot of problems:

I experienced a bit of an epiphany around this very thing my third year in business. I hit a string of good RFP wins, and had a solid pipeline of potential upcoming business. I partnered with other freelancers, sold constantly, did some of the best work of my career to that point of my life and grew that little freelance company to the point where I would have been well into the top 10 of the Progress Magazine Fastest Growing list that year had they thought to ask me. On Boxing Day, I started working 14-18 hour days, seven days a week. And I didn’t stop that until Christmas Eve, 363 days later. I don’t remember if I took any time off that year. I was running on fumes too. No exercise. Gained a ton of weight. Drank too much. Plus, we had two little girls under three. To this day, I have no idea how I pulled off that year or how I even remained married. I’ve never personally made more money before or since, and I was never so miserable.

That’s one way to make a lot of money. Or, alternatively, you can specialize. Who makes more money? A GP or a cardiac surgeon? Learning to focus on what you’re truly good at (even if it’s not the reason you may have started the business) is the true path to prosperity and financial independence. While I started the company that is now called Kula Partners as a web design shop called Brightwhite Design over 11 years ago, we’ve looked for opportunities to evolve and specialize along the way. That’s why we’re primarily an inbound marketing agency now. Using the web design and development chops we built up over the first eight years of the company allowed us to have a base that very few other inbound agencies in the world have, and it’s helped us to get found for inbound marketing programmes that need complex sites that focus on helping clients generate leads.

Some examples of when I sure wish I’d said no:

So how do you know who to say yes to?

Start by creating personas to get to know who your ultimate buyer is. A persona includes things like demographic data, their reasons for seeking your services, their marketing triggers and common objections. Write as many of these as you need, but be honest and keep it simple. For most freelance businesses you shouldn’t need more than three. If you find you have *lots*, you probably have a really hard time saying no.

Know what you’re good at. Note that this can be different from what you like or why you thought you got into business in the first place. What projects or clients are most likely to go well? Which turn a profit consistently? Which ones cause the least stress? Organize your clients into verticals. Is there a clear grouping you can see? 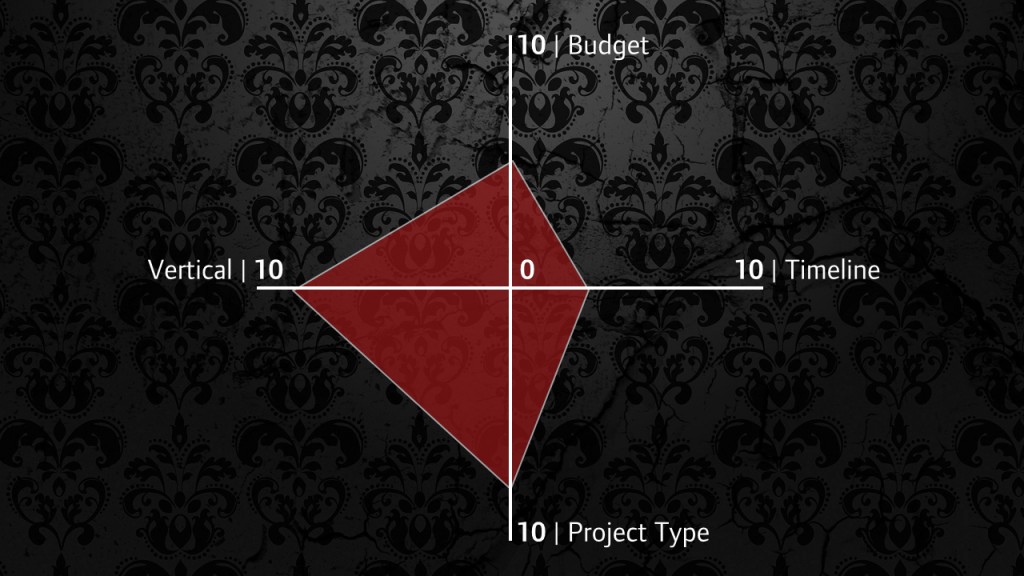 Then, rank how the potential project scores on each of these four elements on a scale of 1-10. You’re looking to make as large a diamond as possible.

For Kula, that’s generally B2B technology and healthcare companies as well as advanced education, with a sizeable budget and a three month runway who need a web build, and an ongoing inbound retainer.

This is who you want to sell to. How are you going to ensure that you get these gigs? That’s not really what I’m here to talk about, but the short version is: first thing you do is to use inbound and content marketing to find this work so that clients are looking for you instead of the other way around. Then you’re going to say no to the opportunities that don’t fill out the kite. And it’s going to hurt, at least at first.

Should you say no?

Identify and make sure you clearly understand the opportunity. The more effort you put into this, the better you’ll be at the next step.

How to say no without looking like an asshole

What’s the benefit of saying no?

You open room in your schedule for the right kinds of projects.

It’s liberating and gives you more control over your own destiny instead of always being at the mercy of potential clients.

You generally don’t need to say it as much any more, as you’ll become known for what you do focus on.

Once you’ve got no down for the wrong clients and projects, start trying it out in the rest of your life:

No honey, I’d rather not load the dishwasher right now.

No officer, I don’t think I was going too fast. Have you thought about pulling over that other guy?

How often have you said no to potential work? What was the reaction? Let me know in the comments.