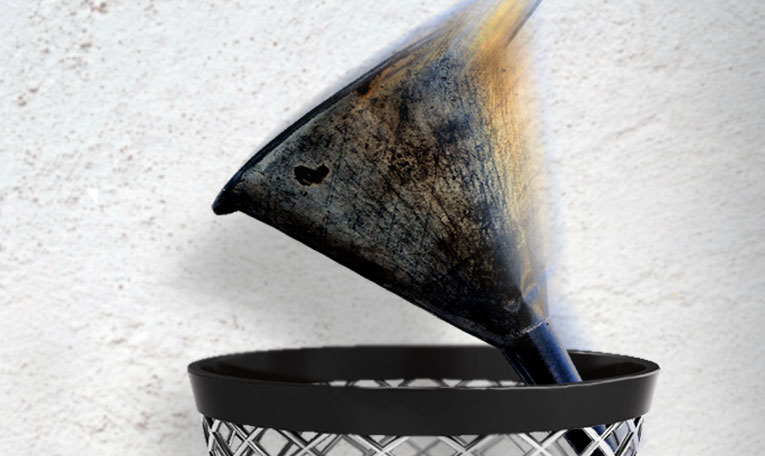 Is your B2B manufacturer’s marketing and sales strategy shaped by “The Funnel”? ﻿

The funnel model is a modern mainstay, suggesting that marketing’s job is to bring prospects into the “top” of the funnel through a variety of tactics, convert them into leads, qualify and handle them, pass them to sales to assess the opportunities, and eventually close a few customers at the “bottom” of the funnel.

This model has been largely shaped by SaaS companies—companies that are operating in an entirely different reality than most B2B manufacturers.

The funnel is flawed, and it’s setting marketers up to fail.

B2B manufacturers must abandon the marketing and sales funnel in favor of a more people-centered approach—an approach that begins with building meaningful relationships with the individuals your firm is built to serve.

Funnel Flaw #1: The Myth of the Unlimited Top-of-Funnel

The funnel model implies that there’s potentially unlimited traffic or leads to be had at the top of the funnel.

Because most B2B manufacturers have a limited number of accounts that they can realistically sell into—and lead economic buyers within them—following the funnel means focusing on the wrong thing from the beginning.

Rather than focusing on finding ways to meaningfully engage with the people within potential customer organizations, funnel thinking often leads marketers off course.

Abandoning the funnel calls on marketers to find new ways to quantify success. Rather than focusing on vanity metrics like traffic, conversion rates, and leads generated, marketing must align its KPIs with its target accounts. For example, instead of reporting on Organic Search gains, ask how many target account contacts have you managed to engage with your marketing?

BANT is among the most common sales qualification frameworks, used to identify and pursue the most “qualified” prospects based on their Budget, Authority, Needs, and Timeline.

For B2B manufacturers with a limited number of prospect accounts and individual buyers within them, BANT ignores the fact that a prospect could be an ideal potential customer—i.e. they belong to a target account, have influence within the organization, etc.—if they don’t have the budget and need to buy from you right this second.

BANT also encourages salespeople to sit and wait for marketing to send them a qualified lead rather than getting involved in the marketing effort and finding ways to get in front of prospects early on.

The best time in the world to build a relationship with a prospect is when they don’t need you yet. It’s when they’re the most open to influence and when you can be the most helpful without focusing so much on closing the sale.

Rather than looking for BANT qualification, sales is better off looking for ways to get in front of prospects early in the process and to build lasting relationships. This means getting sales more directly involved in marketing—especially content marketing efforts (more on this later).

Everyone gives lip service to the benefits of customer-centricity.

An organization-centric vs. customer-centric frame manifests itself in everything from manufacturers’ marketing messaging to the way a site is structured—which is to say that it’s based on how the organization would organize itself vs. being crafted from the perspective of the customer and what their needs are.

By not focusing on the customer from the get-go, marketing and sales are starting on the wrong foot.

The B2B acronym abstracts the fact that no business purchase can take place without people on both ends of the transaction.

Someone’s circumstances and motivations are different when they’re buying on behalf of a business than for themselves, but it is a person (and most often, a group of people) making the decision nonetheless.

Subscribing to funnel thinking and the myth of the unlimited top-of-funnel automatically dehumanizes marketing. By taking an approach that’s rooted in identifying and relating to the individual people within target organizations, B2B manufacturers can find ways to make their marketing and sales more human in the process.

Funnel thinking leads to an “Always Be Closing” mindset. If you’re engaging with a prospect—ideally long before they know they have a need—this cannot shape your thinking.

Traditionally, a salesperson’s job starts when they get a qualified lead. In abandoning the funnel, the relationship between marketing and sales changes by getting sales more involved in marketing.

Specifically, early on in the process, salespeople need to first and foremost be helpful to their prospects and seek to build relationships that can survive the buying cycle. This means having technically competent salespeople involved in marketing and connecting with prospects in non-sales capacities—leading webinars, hosting podcast interviews, and a myriad of other relationship-building activities that can deliver value to prospects and are not predicated on closing.

Forget the Funnel: Take a People-Centered Approach to Sales & Marketing

It’s time to forget the funnel and its flaws—and we’d love the opportunity to help you make your marketing and sales more people-centered.